Kastinger shoes have a long-standing tradition. The brand of the same name, established by Hermann Kastinger, has enjoyed a successful existence for over 100 years. Not least due to the high quality standards. The technologies used in Kastinger shoes are also being continuously further developed and optimised.

Having started out as the result of a highly traditional production process, Kastinger shoes have evolved incredibly over the years to become what they are today: superb-quality shoes manufactured in line with modern standards. 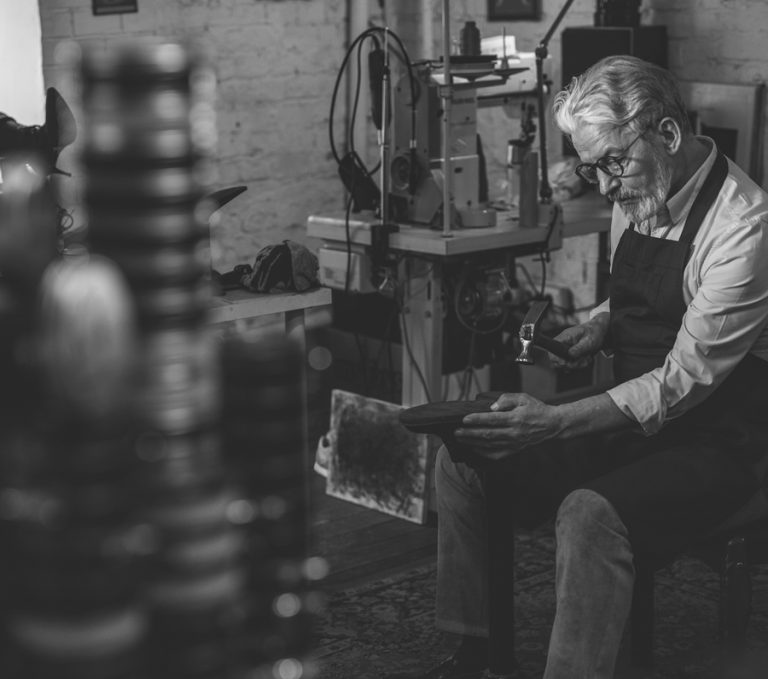 FROM THE DESIGN TO THE SHOE – TRADITIONAL PRODUCTION

A shoe would go through various stages until it was finally completed. As is the case today, previously everything began with a design, which was created in what was known as the “Model Department” among others. Templates, which again were extremely important in subsequent work steps, were created here too. A new shoe model was always created according to specified basic models, which guaranteed an optimum fit afterwards. In the next step, lasts, which were used as the shoe’s foundation, were produced. The lasts are a form in the shape of a foot; the shoe would be formed on it during the production process.

Depending on the shoe and manufacturing method, the next department would be the “Stamping Shop”. The upper parts were produced using the templates already created as a basis. All the individual parts from the Stamping Shop would now be connected and sewn together in the stitching / sewing shop. Lastly, the shoe would be finally assembled in the Assembly Department. The upper and sole had to be sewn or glued together for assembly. The workmanship could vary from one shoe to the next in this regard. There are various processing methods used to connect the upper and the sole, which have all further developed over time.

In the past, the traditional Kastinger shoe was double-stitched: two visible seams connect the sole and the upper. This design guaranteed optimum performance, particularly for shoes that were designed to be worn in extreme conditions. When compared to the conventional frame stitching that was used, the Kastinger shoe was more robust, more waterproof and more durable.

STRIKING NEW, INNOVATIVE PATHS WITH THE AGO DESIGN

Nowadays, Kastinger relies on the modern AGO (Another Great Opportunity) design. Not only does the finished shoe meet equally high quality standards; it is lightweight and flexible at the same time. And those characteristics are given guarantees. This method was developed back in 1911 in Italy by Dr F. Rampichini and largely eliminated the double-stitched finish. Despite the use of high-quality materials that give Kastinger shoes their guaranteed durability, a great deal of importance is attached to fair value for money.

Extreme conditions call for extreme footwear. Kastinger had the privilege of kitting out a variety of mountaineering expeditions early on. Reinhold Messner deliberately chose a Kastinger model that wasn’t made of leather for his 1978 ascent of Mount Everest without supplementary oxygen. The risk of the leather freezing in wet and sub-zero conditions was too great. In addition to the highly water-repellent plastic, Messner’s ideal shoe also incorporated alveolite. The foam has ideal shock absorption properties and is also extremely weatherproof. Both materials would successfully protect his feet against frostbite. Messner summitted Nanga Parbat without supplementary bottled oxygen in the same year, again wearing a Kastinger shoe. 1979 saw the extreme mountaineer make an ascent of K2 as part of a small expedition, and he yet again placed his trust in Kastinger products 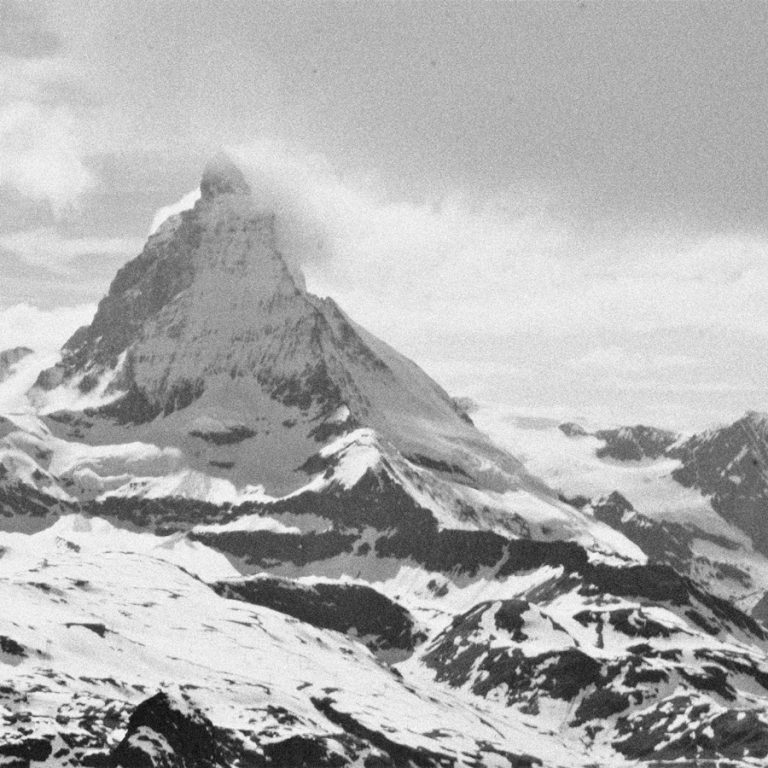 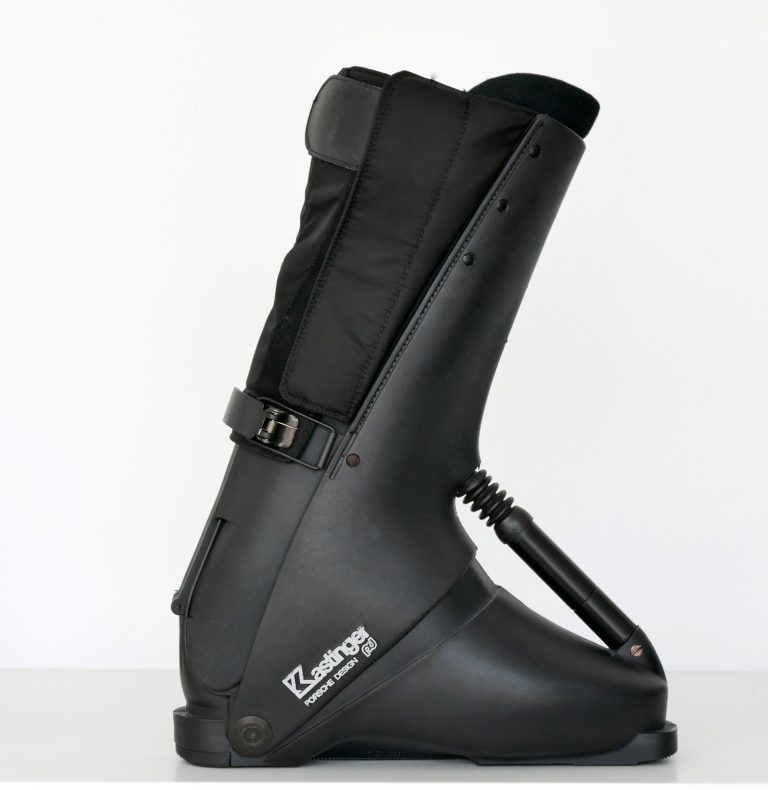 THE KASTINGER PORSCHE – THE SKI BOOT DESIGN THAT CHANGED EVERYTHING

Putting on and taking off earlier ski boot models was always difficult and uncomfortable. Many attempts to solve this problem failed. Daniel Post, a mechanical engineer and keen skier, tackled the problem and sparked the interest of Hermann Kastinger. After completing his own preparatory work, he placed a design order with Ferry Porsche’s design group (Studio F.A. Porsche nowadays). The Kastinger Porsche was fibreglass-reinforced and incorporated shock absorbers to support the muscles on the descent. The back was textile-reinforced, which finally made it easier to get the boots on and off. Unfortunately, this model never went into production for financial reasons. Other shoe manufacturers were inspired by Kastinger’s new ski boot all the same. So a new design trend was created!

The insole is the layer of the shoe base that runs underneath the foot. It forms the foundation and provides stability and wearing comfort at the same time. A leather insole was indispensable, especially in years gone by. This sole protects the foot from “burning” and pain, even when footwear is worn for extended periods of time.

Nowadays, Kastinger uses modern raw materials that guarantee the same effect. The innovative K-AST sole is one example of this. The adaptive sole technology comprises several components. Kastinger shoes’ K-CELL midsole and insole provide ideal shock absorption and elasticity. In the midsole, there is also a technically complex guide rod that affords the best possible stability and traction. It does not hinder mobility or flexibility. The K-TEX membrane ensures breathability and insulation and is water-repellent. It is made of triple-layer laminate. The outsole was developed in cooperation with Vibram, currently the leading manufacturer on the sole-producing market, and provides additional grip. This innovative sole is an absolute unique selling point.

In order to optimize our website for you and to improve it continuously, we use Google Analytics. You may agree to the use below or reject it.